The 10 Best Things to Do in London

To help you find your way around the capital, here's City Countdown's guide to the 10 best things to do in London. Peter Gray reports.

In a city as diverse as London, you’d have to be crazy to try to make a list of the top ten things to do, right? Well no, actually. Your time is precious, and we know you’d rather spend it on the things that matter – especially if you are on holiday.

London has a wealth of cultural attractions, some good, some bad and some indifferent and distinguishing between them can be an all but impossible job. So, call us crazy, but here’s our run down of the 10 best things to do in London.

1.The Tower of London

It was built to subdue the city, but over the years the Tower of London has turned into one of the capital’s best loved attractions, with tourists and locals flocking to the imposing fortress by the banks of the river.

The core of the estate, The White Tower, was begun in the 11th century, but building work has continued right up to the present day. In that time the Tower has served as a zoo, a prison, a fortress, a safe for the crown jewels and a royal palace. However, if you think it looks impressive from the outside, just wait until you get inside. It’s stunning and there is a real sense that you are inside a living monument. It’s not cheap but we think it’s worth every single penny.

Look out for: The Jewel Tower, the Yeoman Warder Tours, live performances on the Green.

Insider tip: if you want to be part of a tradition nearly as old as the Tower itself, then why not book yourself a ticket for the ancient Ceremony of the Keys? The ritual forms part of the nightly locking up procedure. The website for the event says: “footsteps echo in the darkness. The sentry cries out, ‘Halt, who comes there?’ The Yeoman Warder replies, ‘The keys.’ ‘Whose keys?’ ‘Queen Elizabeth’s keys.’ ‘Pass then, all’s well”.

The ceremony is fully booked until April 2020, but new tickets will be available from the 1st of November 2019. 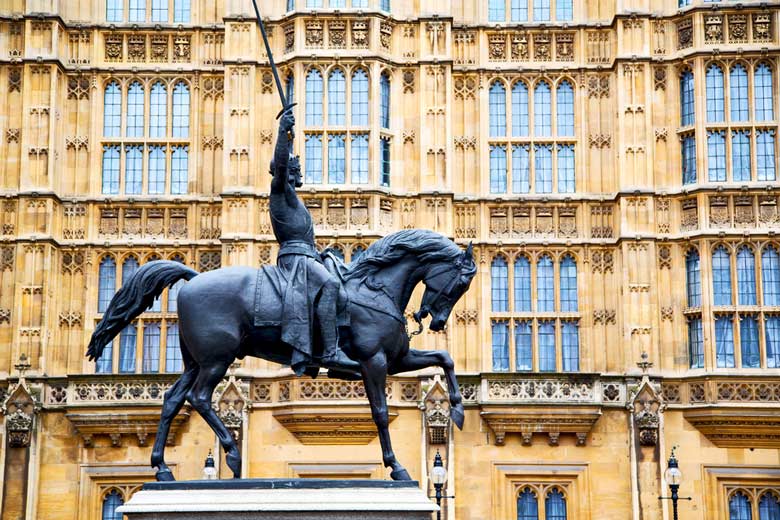 2. The Houses of Parliament

One of the most instantly recognisable icons in the world, the Palace of Westminster is the permanent home of the UK government, with two chambers – the House of Commons and the House of Lords – representing the bicameral nature of the British political system.

Insider tip: It is well known that UK residents can watch debates in the House of Commons, but it is less widely known that the privilege extends to visitors to the UK. The galleries are open to the public from Monday to Thursday (and some Fridays) and entrance to the galleries is absolutely free. Enjoy!

Everyone knows about Hyde Park and its stunning lake and famous statues, however Kensington Gardens is equally beautiful, if less well known. We suggest that you try to do both in a day.

Start at Hyde Park Corner and make your way across Hyde Park. If you tire, stop at the Lido Café and Bar. It’s right on the lake and the views are spectacular. Once you’ve recharged your batteries, head for the Diana Memorial Fountain. Once you’ve finished there, you can cross the road and enter Kensington Gardens.

Once inside, head for the Italian Gardens (the one with the fountains), the magnificent Albert Memorial, and stunning Kensington Palace. You’ll be worn out but it will almost certainly be worth it.

Look out for: the statue of Achilles, the Diana Memorial fountain, the sculpture of Serenity.

Insider tip: Look out for the statue of Pen Pan in Kensington Gardens. Legend has it that the author of Peter Pan, J M Barrie, had it erected in the dead of the night so that children visiting the park the next day would think it had been placed there by the fairies. In reality, however, Barrie was yet to receive permission to install the statue when he had it erected – which probably explains why he had done by the cover of darkness. 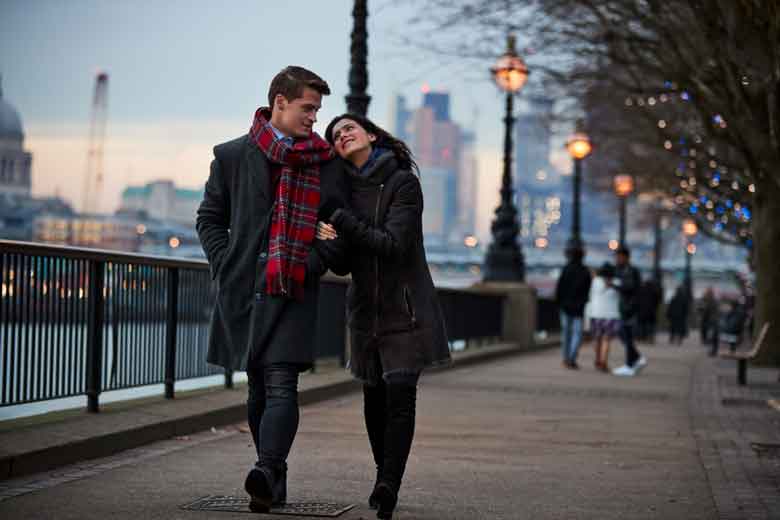 Not all of it. That would take weeks. You need to do the bit from Westminster to the Tower however, and if you’re feeling ambitious, why not do it in a day? You’ll be glad you did. There is so much to see that we couldn’t possibly list it all in a single paragraph.

Look out for: Somerset House and St Pauls on the North Bank and The Royal Festival Hall, Shakespeare’s Globe and Tate Modern on the South Bank.

Insider tip: The banks of the Thames have proved rich pickings for treasure hunters over the years. There is even a term for people who spend their time combing the foreshore – mudlark. In the Victorian period, such activity was nearly always driven by financial gain, but in recent years, the activity has attracted history buffs and those who feel inspired by a desire to recover bits of London’s past.

If you fancy having a go yourself, you’ll need a permit to dig on the banks of the Thames and if you find anything that could be described as treasure l declared to the relevant bodies.

Another completely unmissable venue by the river. The wooden “O” by the Thames is a magical place, where the past, present and future come together in celebration of the wit, imagination and craft of one very special man. William Shakespeare. Dust down your high school notebooks and indulge yourself in the beauty and purity of the bard’s language.

Look out for: The Globe’s Bankside Gates. There are a number of motifs on either side of the gates. Each one depicts an animal which has featured in one of the Shakespeare’s plays. Can you spot which animal goes with which play?

If it seems an odd mistake to make, given the actor’s enduring popularity and fame, that’s because it isn’t a mistake at all. As it turns out, the typo is a joke, played on Palin by Cleese. Legend has it that the Fawlty Towers star would only agree to donate funds to the theatre if in return the Globe promised to misspell the name of his Monty Python buddy. 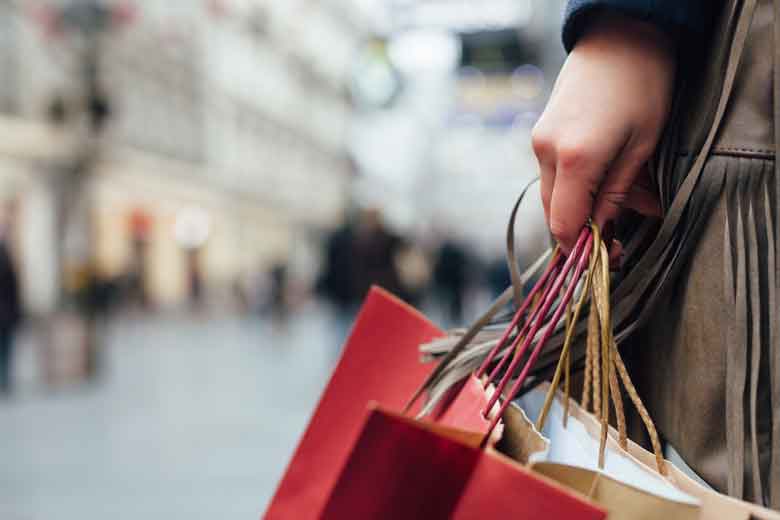 Everyone goes to Harrods but if you truly desire a taste of something distinctively British, there is only one place to go: Fortnum & Mason.

A Piccadilly institution, Fortnum and Mason was established in 1707, by a footman in the service of Queen Anne, William Fortnum and his landlord, Hugh Mason.

Fortnum had the brilliant idea of selling Queen Anne’s used candles and the profits from this enterprise allowed him to set up in business. Fortnum was also a grocer and after convincing his landlord to enter the business, the two set up a small store in St James’s Market. The year was 1707.

The shop has had a hand in many common household items being the inventor of the scotch egg as well as the first store to sell baked beans.

Look out for: The gorgeous window displays, the Fortnum and Mason Clock, the elegant dining room.

Insider’s tip: Every hour, two 4-foot-high models of William Fortnum and Hugh Mason emerge from the Fortnum and Mason clock and bow to each other. In tourist season, it can stop the traffic.

Don’t just leer at it through the gates – go inside. You’ll be glad you did. The official London residence of the Queen, Buckingham Palace opens its doors to the public every summer.

Although the whole palace is not open to the public, visitors can see the State Rooms, which are used for ceremonial occasions and official entertaining. There are 19 state rooms in total and they are by far the grandest rooms in the palace. The rooms were the setting for the reception after the marriage of The Duke and Duchess of Cambridge.

Look out for: John Nash’s magnificent Grand Staircase. The staircase was created by the famous architect as part of his work to refurbish the house on behalf of spendthrift King George IV.

Insider tip: Many visitors miss the gardens. Make sure you don’t miss out. They are truly magnificent. Take a walk along the south side of the garden where you can amuse yourself by trying to identify some of the 350 different types of flower that are on display. 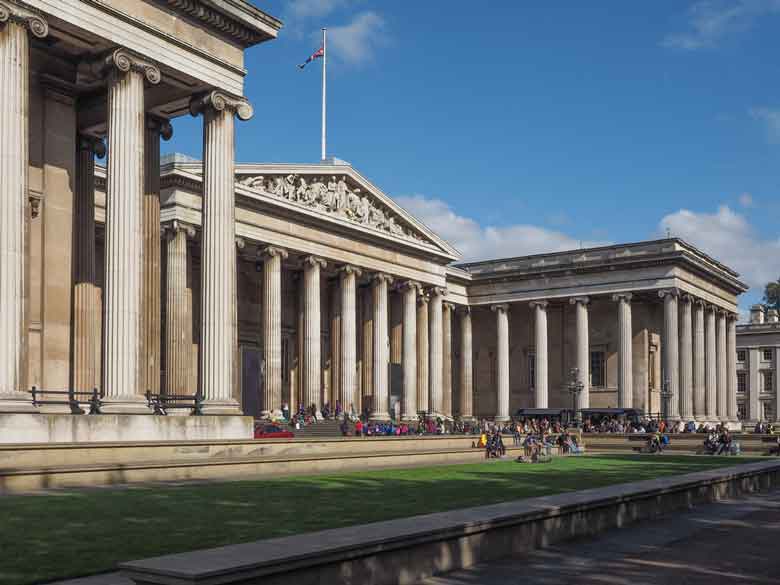 We couldn’t really leave this one out, could we? No list of the 10 best things to do in London would be complete without Sir Hans Sloane’s Bloomsbury based cultural giant. Let’s face it, the British Museum is the British Museum. It’s jam packed full of riches and treasures and the building itself is a masterpiece.

Go for the Rosetta Stone, the Parthenon Marbles, the Egyptian mummies, the Enlightenment Gallery – heck, just go! The Great Court is breathtaking too and the depth and breadth of the collection will leave astound you.

Look out for: the Sutton Hoo mask and ship burial collection

No trip to London is complete without a visit to Covent Garden. A 17th residential century square turned fruit market turned tourist hub, the square is the very beating heart of the modern city. There is something very magical about the place, regardless of what time you visit.

We recommend that you take a walk around the piazza, then stop and watch some of the excellent street performers.

Look out for: The London Transport Museum. It tells the story of London’s transport network with an array of fascinating exhibits, vehicles, train carriages and interact displays.

Insider’s tip: If you’d like a bird’s eye view of the square, take an escalator up to the top of the Royal Opera House and find a spot in the rooftop bar. The views are un-believe-able. 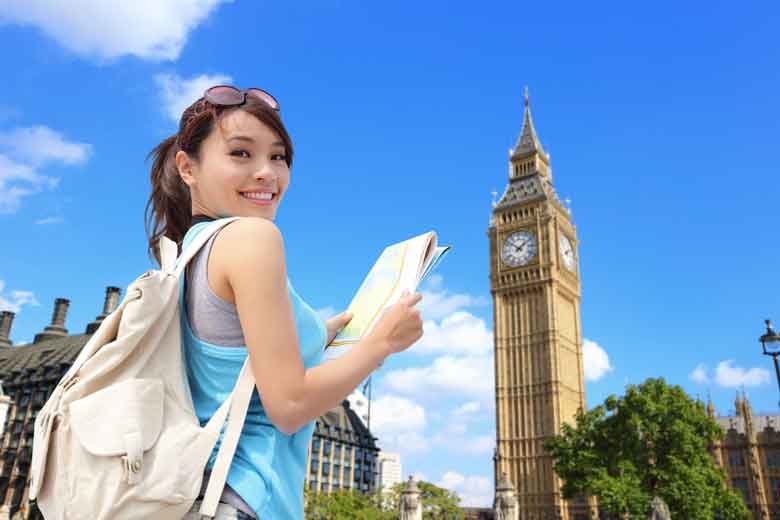 No, not just a London walk but a London Walk from the London Walks tour company. These guys are the very best in the business. So good, in fact, that their guide Karen was recently listed among the World’s Greatest Tour Guides by US travel bible Travel + Leisure. Yes, she is really is that good.

Look out for: Karen, Shaughan, Katy, David, Peter, Richard III (oh, just look out for all of them – they are all brilliant).

Insider’s tip: We think that London Walks is one of the best bargains in the city anyway, but to make it even better you can purchase one of their discount cards. You pay the full adult rate (£10) for the first walk, plus a £2 fee for the card. Then once you’ve purchased it, you get a £2 discount off every walk for a month (if you are a tourist) or three months (if you are based in the UK).

London is an incredible city with so much to see and do. However, the volume of museums, galleries, historic houses, theatres and attractions can leave the visitor overwhelmed. If you are struggling to decide what you really need to do, then hopefully City Countdown’s guide to the 10 Best Things to do in London will help you get the most out of your visit. Enjoy London!

For information on other great museums, galleries and historic houses to visit in London, please click here.